The first biography of Sir George Trevelyan, father of the twentieth-century movement for spiritual regeneration in Britain. George Trevelyan espoused alternative ideas long before they were generally known and was an enthusiastic supporter of organic farming and communal living. He was born in 1906, and after working as a craftsman, an Alexander teacher, and a master at Gordonstoun School, he became head of a remarkable post-war experiment in adult education at Attingham College in Shropshire. In 1971 he set up the Wrekin Trust to promote spiritual education and knowledge through conferences and meetings, bringing together some of the leading thinkers of the day. As an educator, he inspired and encouraged the emerging synthesis between science and spirituality, putting his faith for the future of society in the transforming power of spiritual awakening. In his later years, he taught extensively throughout the world, and in 1982 he was awarded the Right Livelihood award (the alternative Nobel Prize) for, "work forming an essential contribution to making life more whole and uplifting humanity". He died in 1996. 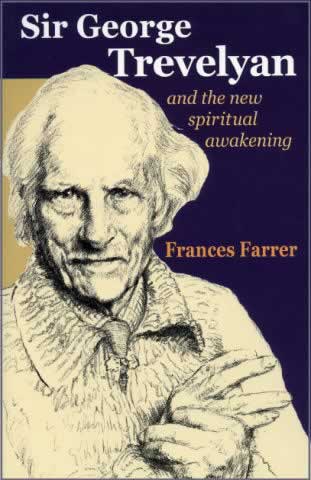