The Apple and the Thorn

This story is not true in the sense that most people use the word. It emerges out of the mists of time, rooted deep in the ancient heritage of Britain. A weave of mythologies, theologies, and histories, it is the story of two people, and a story of all peoples. It has no beginning and it has no ending.

The Apple and the Thorn stands upon the tradition of two mythical characters: the Lady of the Lake and Eoasaidh of Cornualle (Joseph of Arimathea). Yet the land itself is a living character in the tale, as is the surrounding marsh, the invading Roman legion and a very special cup of blue glass that unites them all. A Timeless Tale of Love and War. 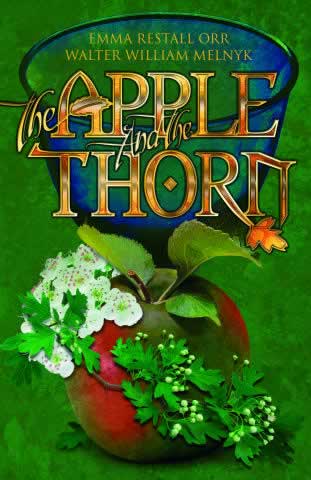