The Basics of Magic

Basics of Magic presents the world's best known occult and magical organisation in a clear and practical way, providing a vehicle for communication, exploration and discussion for anyone interested in understanding the universe and his or her role in it.

Book I: Divination explores the underlying mechanism and methods of divination, including those most favored by the Golden Dawn such as tarot and geomancy. It also reveals how, when, and why the divinatory process works and examines whether or not it can always be trusted. Included in this fascinating foray are explorations into psychological considerations in divination, particular forms of divination and particular methods within those forms. Book I delves into all aspects of ceremonial magic and the Hermetic Tradition, including Tarot readings from meetings of the original Golden Dawn members.

The Psychology of Divination by Steven Marshall

Divination and the Magical Tarot by Gareth Knight

The Golden Dawn Method of Tarot Divination by Cris Monnastre

The Divination of the Rose Cross by Donald Michael Kraig

Taro-strology: The Tarot Wheel of the Year by Thom Parrott

By the Signs of the Earth: Geomancy in the Golden Dawn by Mitch Henson

Mysteria Geomantica: Teachings on the Art of Geomancy by Adam P. Forrest

From God to My Soul: Reading the Auspices by David Godwin

Divination in the Greco-Egyptian Magical Papyri by M. Isidora Forrest

The Gypsy Runes by Dolores Ashcroft-Nowicki 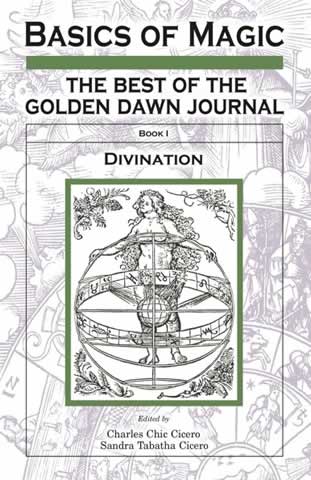