The story of Father Bérenger Saunière, the poor parish priest of Rennes-le-Chåteau, a remote village in Southern France, who at the turn of the 19th century spent mysterious millions on creating a fantastic estate and lavishly entertaining the rich and famous, is now as well known as Cinderella or Eastenders. He would never divulge where the money came from and popular belief is that in 1891 he discovered a priceless treasure; yet Saunière died penniless and his legacy is a secret that has continued to puzzle and intrigue succeeding generations.

Since The Holy Blood and the Holy Grail hit literary headlines in the nineteen eighties, hundreds of solutions have been suggested. Did he find documents that proved Jesus married Mary Magdalene? Was he a member of The Priory of Sion, a sinister secret society that knew the Da Vinci Code? Did he own the equivalent of Harry Potter's Philosopher's Stone?

A ragbag of history, mystery, gossip and myth, The Fools Coat investigates Father Saunière's extraordinary life against the background of his times and suggests that the simplest solution of his rise from penury to riches is probably the correct one.

Vi Marriott is a theatre administrator, writer and researcher. Her play Ten Days A-Maze, based on Count Jan Pococki's Tales of the Saragossa Manuscript, had seasons in London and Edinburgh; and she contributes regularly to three 'house' magazines concerned with the mystery of Rennes-le-Chåteau and other esoteric matters. 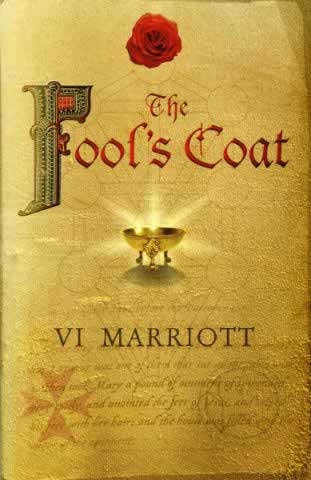