The Occult Fiction of Dion Fortune

Dion Fortune is recognised as one of the most influential figures in twentieth century occultism and her books on various aspects of the occult tradition are now enjoying a much deserved reappraisal. Her works of fiction are highly acclaimed, both as vehicles for presenting complex magical and psychical theory and as remarkably powerful pieces of genre literature.

Gareth Knight, her biographer and a life long student of her work, here gives an overview of all her occult fiction, including her early work, The Secrets of Dr Taverner, a series of short stories based upon the approach of her early teacher Dr Theodore Moriarty to methods of esoteric healing, and The Demon Lover, a blood and thunder thriller of black magic and vampirism that developed in the writing into a story of initiation and redemption through love.

In her later novels, Dion Fortune began deliberately to use fiction as a means of practical teaching. While she had presented the theory of occultism in her great work The Mystical Qabalah, it was through her works of fiction that she sought to provide manuals for putting it into practice, at a time when much of this material was considered highly secret and to be revealed to initiates only.

Gareth Knight gives a clear guide on how and where to look for this practical instruction in these later books, which comprise The Goat-foot God, an evocation of Earth Mysteries and the Rite of Pan; The Winged Bull with its polar Mysteries of Sun and Earth; The Sea Priestess, celebrating the Mysteries of the Moon; and the posthumously published Moon Magic that takes them to a higher arc with the setting up of a temple dedicated to Isis.

Many aspects of occultism receive practical attention in her pages, including place memories, karmic elements from past incarnations, animal magnetism, ley lines, sacred centres, techniques of ritual, and above all the working out of right relationships between the sexes in polar interchange. 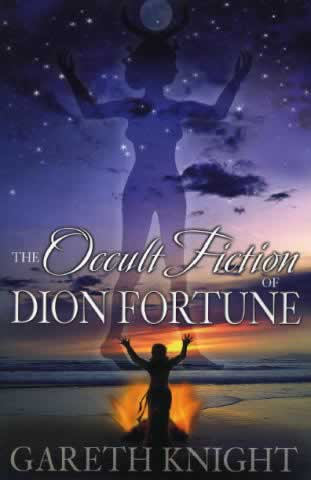