Dion Fortune believed her novels complimented her occult non-fiction studies and are just as important and enlightening as The Mystical Qabalah and The Cosmic Doctrine.

Doomed to a life as a semi-invalid, William Maxwell, a small town estate agent with artistic ambitions and an urge to escape to London, is firmly cocooned and controlled by his domineering mother and sister. His asthma triggers off a number of 'out of the body' experiences, when his newly acquired and unexplained psychism, transports him to different times and places. However everything changes when the mysterious Morgan Le Fay enters his life. Morgan has bought a remote seaside cottage which she persuades Maxwell to decorate. Ever aware of the Atlantic endlessly breaking over the Cornish cliffs, he now sees Morgan, in his psychic vision, as the Sea Priestess of an ancient neolithic cult, still using the powers she achieved long ago in lost Atlantis. In the end he himself becomes a player in this ancient mystery drama and is initiated as a Priest of the Moon having willingly dedicated himself to the service of the Goddess, of whom Morgan Le Fay is time-honoured priestess. As a result his health improves and as his relationship with Morgan Le Fay develops and blossoms, Maxwell learns to be independent of his mother and sister, finding a suitable partner in the down-to-earth and practical Molly; a channel through which he can earth his unfulfilled masculinity at last. Dion Fortune believed her novels complimented her occult non-fiction studies, just as important and enlightening as The Mystical Qabalah and The Cosmic Doctrine, illustrating as they do the impact of the subtle inner plane forces on the lives of ordinary people; and the improvement that can take place in the quality of life when these forces are recognised and responded to. Dion Fortune considered phantasy as an unappreciated aspect of psycho-therapy and roundly condemned the psychological state of modern civilisation as being on a par with the sanitation of mediaeval walled cities. How far things have changed for the better since The Sea Priestess was first written, readers must decide for themselves. 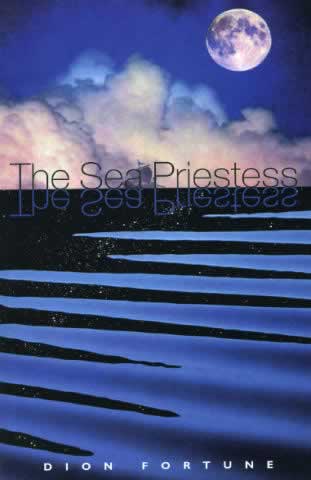