From his birth into an old family of wealthy Liverpool merchants, through an unconventional upbringing by his flamboyant governess in the resorts of the Mediterranean and Madeira, it tells how, having taught himself to read, his life was changed by finding a book on spiritualism. During a working life as a tea and rubber planter in Ceylon, Borneo and Malaya, he came to know the native people and was invited to their secret rituals.

But it was only on his retirement to England, settling on the edge of the New Forest in Hampshire, that destiny took him firmly by the hand. Through various twists and turns involving naturist clubs and a strange esoteric theatre, he became friends with a group of people who eventually revealed their true identity – they were members of a surviving witch coven.

One evening in 1939, as the hounds of war were being unleashed, he was initiated into the 'witch cult' by these people, who called themselves 'the Wica'. Gardner was overwhelmed by the experience and was determined that the 'witch cult' should survive.

This book chronicles his efforts over the remaining quarter century of his life to ensure not only that it survived but that it would become the significant player on the world religious stage that it now is 'the only religion that England has ever given the world', in the words of Ronald Hutton, Professor of History at the University of Bristol, who calls it 'a very fine book: humane, intelligent, compassionate, shrewd, and based upon a colossal amount of primary research'. 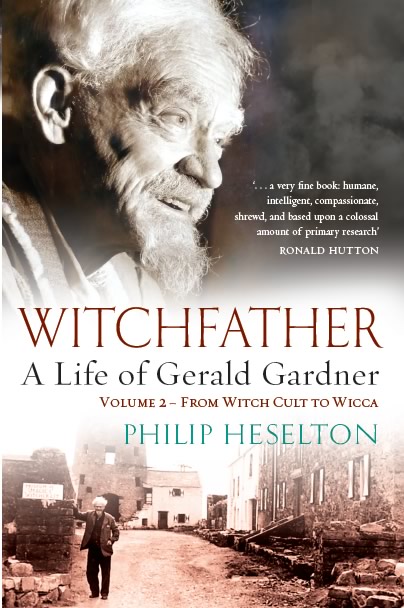